Besides marijuana and narcocorridos, Sinaloa is also widely known for the quality of its other products, like meat. 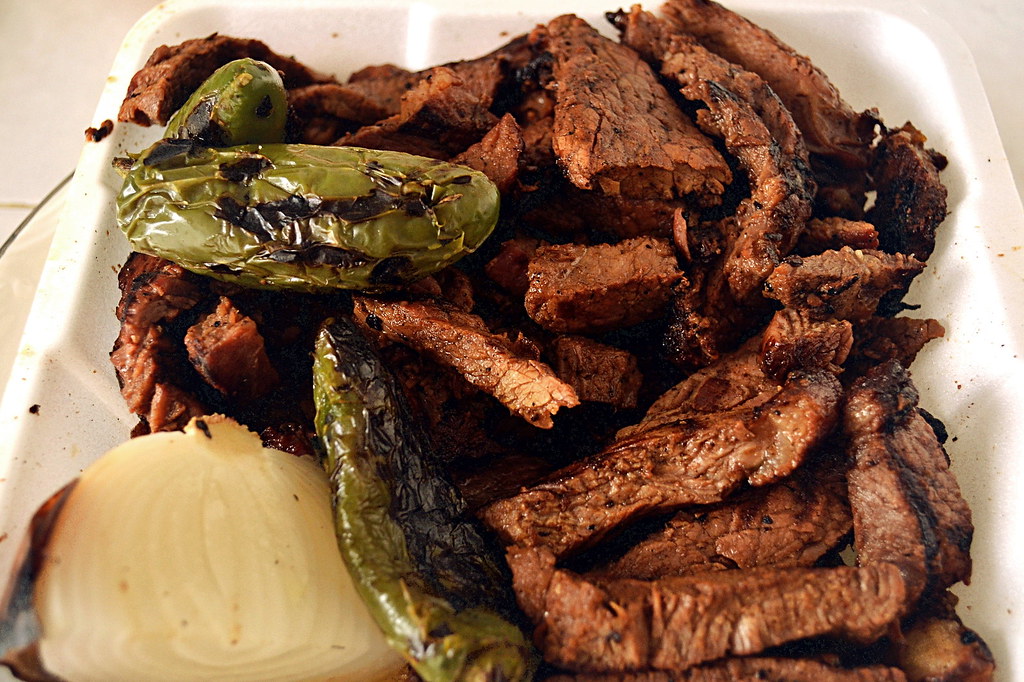 The abundance of top quality meat in the State has led to the creation of big transnational companies like SuKarne. This once small company now exports not only to the US, but also to Korea, Russia, Japan and now they are trying to get a piece of the Chinese pie.

Back to the street level meat, we can say there are two options here in Sinaloa: preparada (marinated) and sin preparar (not marinated), just grilled and that’s it.

In the picture above, an example of a set sold to take away. From left to right, clockwise, sauces (bottom to top: spicy-as-hell, guacamole, and not-so-spicy), a cup of beans soup, tortillas, homemade crème caramel and the grilled meat. The tin foil wraps grilled onions. 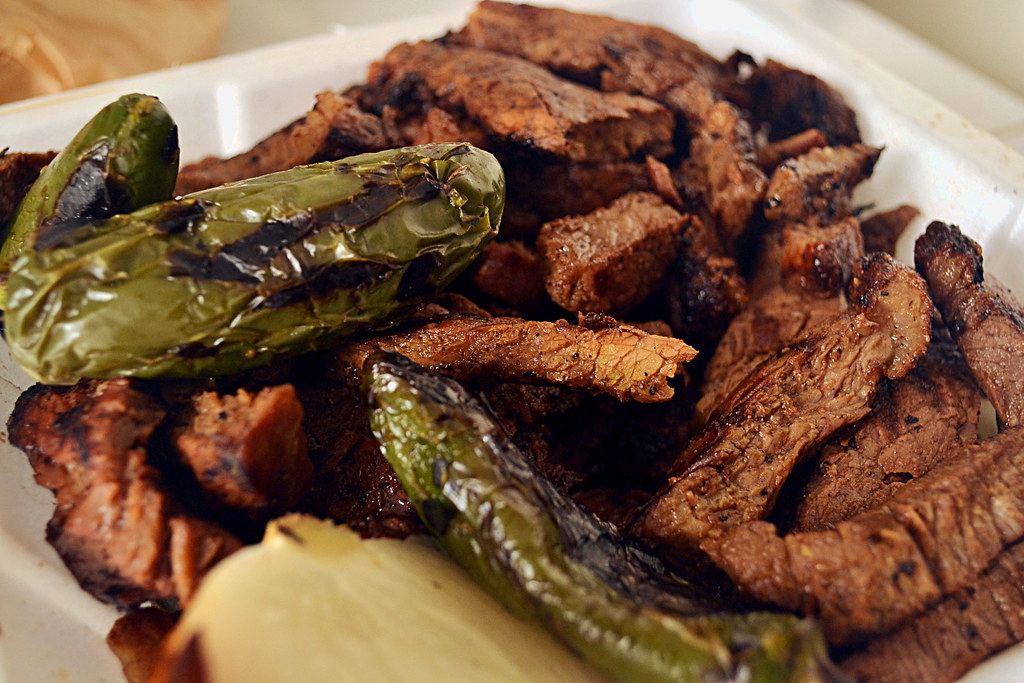 Grilled meat usually goes with wheat or maize tortillas, so you can prepare tacos de carne asada (grill tacos) at home. Because no taco is made of minced meat. EVER. You cook the meat; then you chop it down to small pieces.

In fact, there is an entire world regarding the preparation, condiments, and types of tacos involving any kind of meat… just an example here, as well as quesadillas (with a filling with cheese).

There is a saying here, about the abundance of dishes with meat that goes

This phrase, attributed to José Vasconcelos, makes reference not only to the farming and livestock tradition in the area, but also to a stereotyped image of the 19th century Mexico, for which the Northeast states were considered the wild west. Still are, though.