Take a stroll in any Hong Kong street and you will realize the reason of one of the many origins of the city’s name: anywhere you go, smouldering clouds of incense fray into the air from small shrines and altars scattered everywhere.

The legend says that a long time ago, fishermen working in the bay area noticed the smoky fragrance in the harbour as it was wafted to the sea from both incense factories in Kowloon and shore temples, and they began calling the island hēunggóng (香港): fragrant harbour. 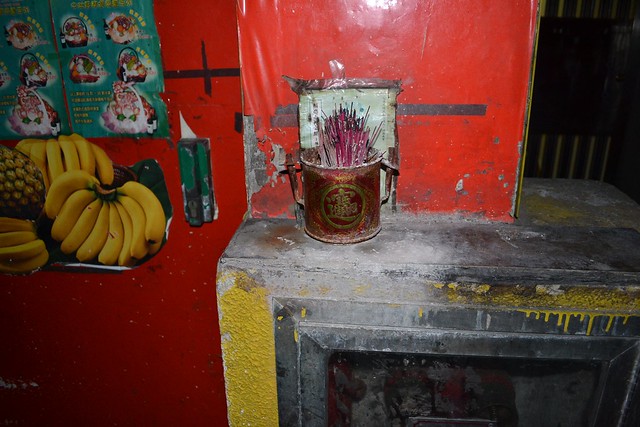 Incense is believed to be a way to communicate to the other world (specially joss incense) by Taoists, Buddhists, as well as Shenists in China and Hong Kong. Animism has a small space too among these beliefs, but usually mixed with them. In the end, the lines separating one practice to the other are not clear, as devotees mix them all depending on the festivity, shrine or personal beliefs.

You can find these small altars usually at floor level or doorsteps, with incense sticks almost permanently burning all day long, sometimes with offerings of food, flowers, oranges or cups of tea. 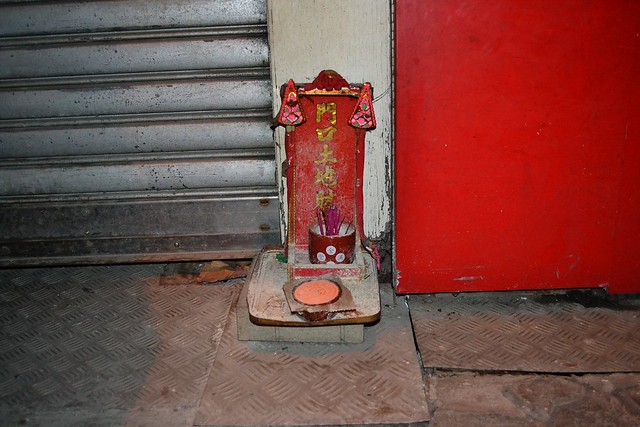 This ritual of offering incense along with tea or fruits it is called jingxiang (敬香) or shangshiang (上香), and it is practised by Taoist, Buddhist and Confucianist traditions, as well as the followers of the Chinese deities tradition devotees (Shenists). 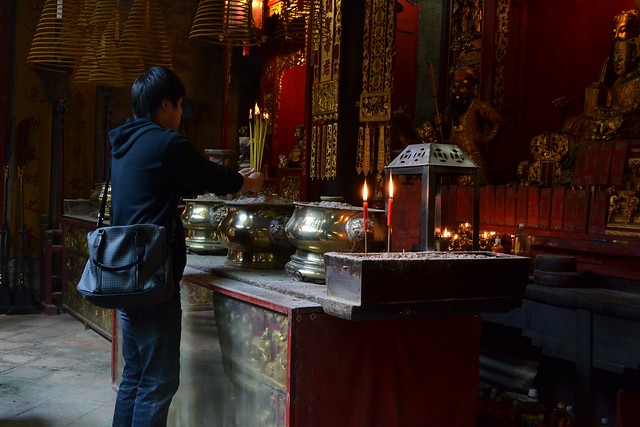 The praying usually goes with the devotee holding the joss incense sticks with both hands in front of an altar while praying or meditating. For added respect, the person is supposed to kneel during and after placing the incense at the altar or shrine. However, sometimes you’ll see people lighting the incense and leaving right afterwards, with no praying or any other ritual. It is usual to see big piles of incense ashes all the time on this kind of shrines.

All these mentioned beliefs, have a myriad of spirits, ghosts, gods, deities to pray to, and all these shrines are the place for proper worship and pray, as well as where to ask for advice and favor.

Hence, each spirit or goddess has its space where to receive veneration, and each profession and business has its dedicated god, deity, or somebody to pray to; for example, earth god Tou Ti can be found in stores and restaurants, mostly in Hong Kong. Tin Hau, goddess of the sea and protectress of fishermen, is the most famous in Hong Kong, where she has at least 24 temples erected in her honor. Kitchen’s god Kwan Kung has altars to protect from accidents in there. Ironically, policemen and gangsters share the same one. 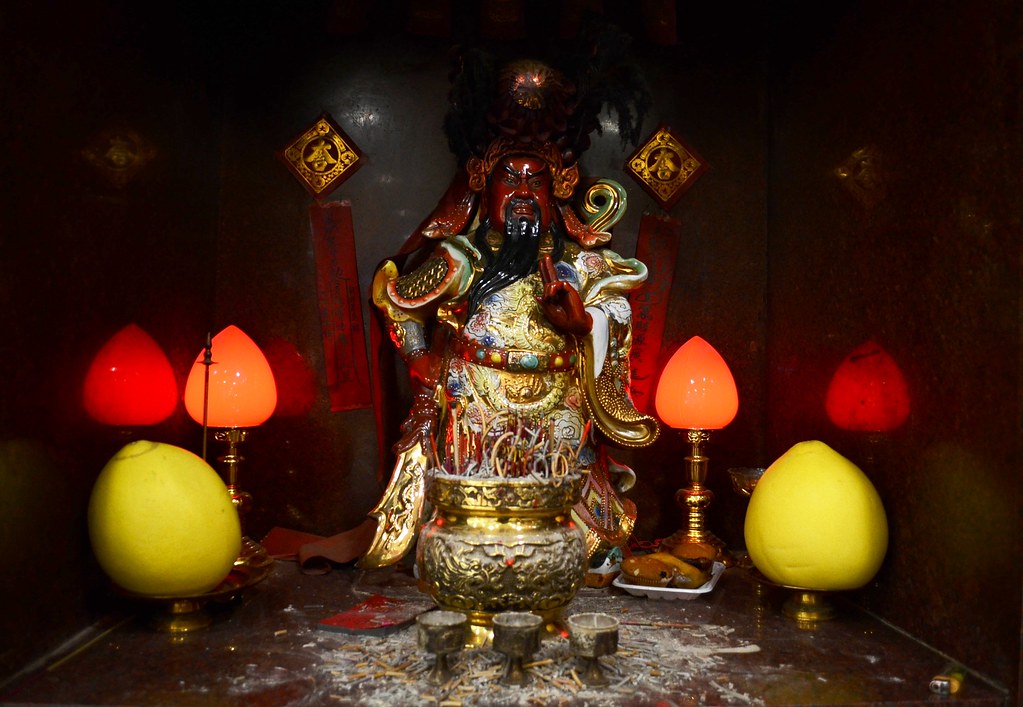 Religiosity in these traditions plays a subtle role in everyone’s life, and is more evident in the daily action than in a ceremony: their faith is a way of life and affects this life, rather than the afterlife. For example, while Buddhism is more concerned about the afterlife, Taoism and Shenism are faiths whose devotees believe in luck and destiny and curving its favour while they are still alive thanks to the intervention of these divinities and ghosts (gross oversimplification here, sorry). Because of this, all those gods should be worshipped, and the spirits indulged with offerings.

There are no special days for worshipping (except some major festivals) as it happens in the major monotheistic traditions, so devotees just visit the shrines whenever they want to pay respect or feel the need for it.