Tea eggs (茶葉蛋, literally tea leaf eggs), also known as spiced eggs or marbled eggs, are commonly sold as snacks by street vendors in China, as well as having commercial versions too. 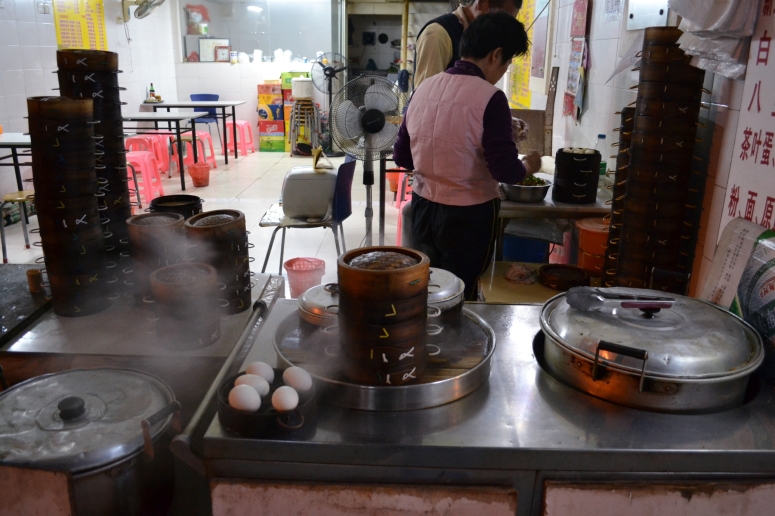 The recipe for this traditional Chinese treat is pretty simple:

First, eggs are boiled with a pinch of salt until hardened and fully cooked inside. While the eggs are getting done, put your mix of spices with water and soy (usually a teaspoon should be enough, but be careful on the flavor and intensity of each spice) and bring them all to a boil, reduce heat, cover, and let it all simmer for not less than 2 hours.

Grab the eggs (please, be sure they cooled down) and slightly crack each shell all around, but keeping the eggshell together. These cracks will produce the characteristic marbling effect later, which also depends on the stewing time. After the spices have steeped in the water after the simmering, add the eggs, bring to medium heat for another 40 minutes and let it steep for few hours.

About the spices, the most commonly used is the five-spice powder, which has cinnamon, bajiao, fennel seeds, cloves and Sichuan pepper, although there are hundreds of local variations. The mix of these with soy results in a sauce known as lǔzhī (滷汁; literally, marinade), used also in other Cantonese dishes.

I recommend no less than 4 hours steeping, as it allows the spiced liquid to seep into the cracks, marinating and coloring the eggs inside their shells, so the more time you leave them steep, the more flavorful and marbled they will be. Peel off the shell, and there you go:

Egg shell coming off, by Alice

There are many other recipes involving eggs in Chinese gastronomy: besides our spiced tea eggs, soy eggs (滷蛋) are popular too (basically, eggs cooked with soy, sugar, and other herbs), but there are many more… and all of them can be used as a part on other dishes, like street hot-pot or just as a snack as well. As an example, have you ever heard of the virgin boy eggs in Dongyang? Or the gooey century eggs? 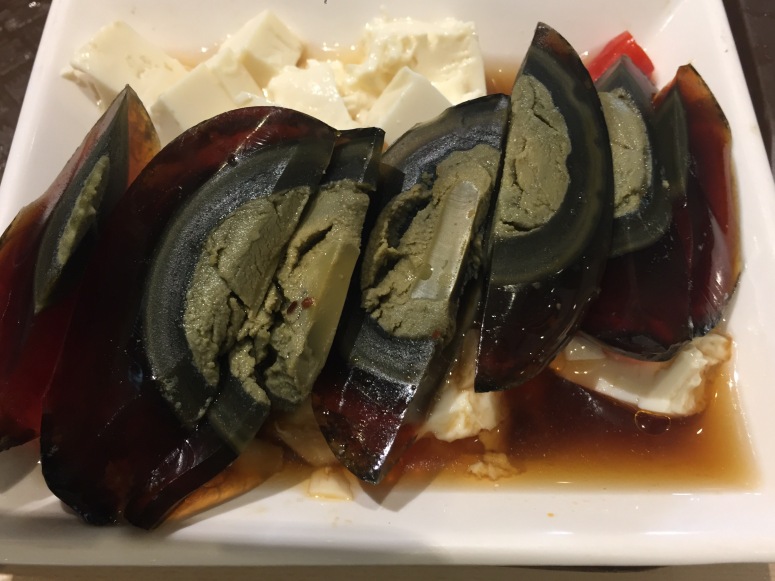 And as long as the name “China” goes with “copy”, what about fake eggs? Check this out:

All praise for the marbled egg pictures goes to Alice, aka kattebelletje at Flickr.