The Province of Guangdong (广东省 (Guǎngdōng Shěng) enjoys a privileged location on the southern coast of China, and because of this, fresh seafood is one of the pillars of the Cantonese cuisine in the area and the rest of the World, as sometimes what we call ‘Chinese cuisine’ is, in fact, Cantonese. 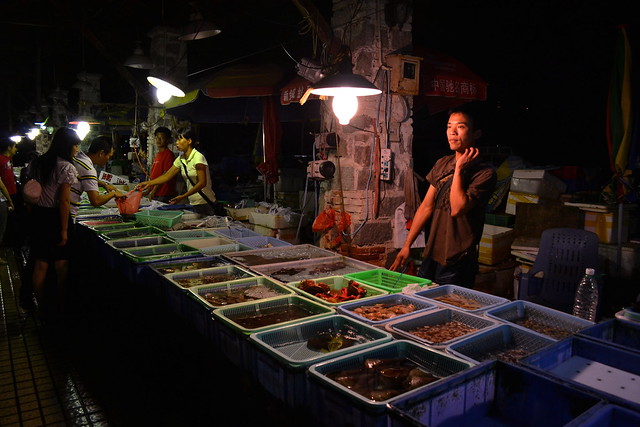 If you go to any restaurant in Guangdong you’ll see they have fish tanks (as seen in the picture below) where they keep all the seafood alive, with prawns, shellfish, lobsters, squids, snails, shrimps and other stuff, until they are pointed at by a customer, weighted and carried to the kitchen. By the way, frogs, turtles and eels are usually included in the menu… 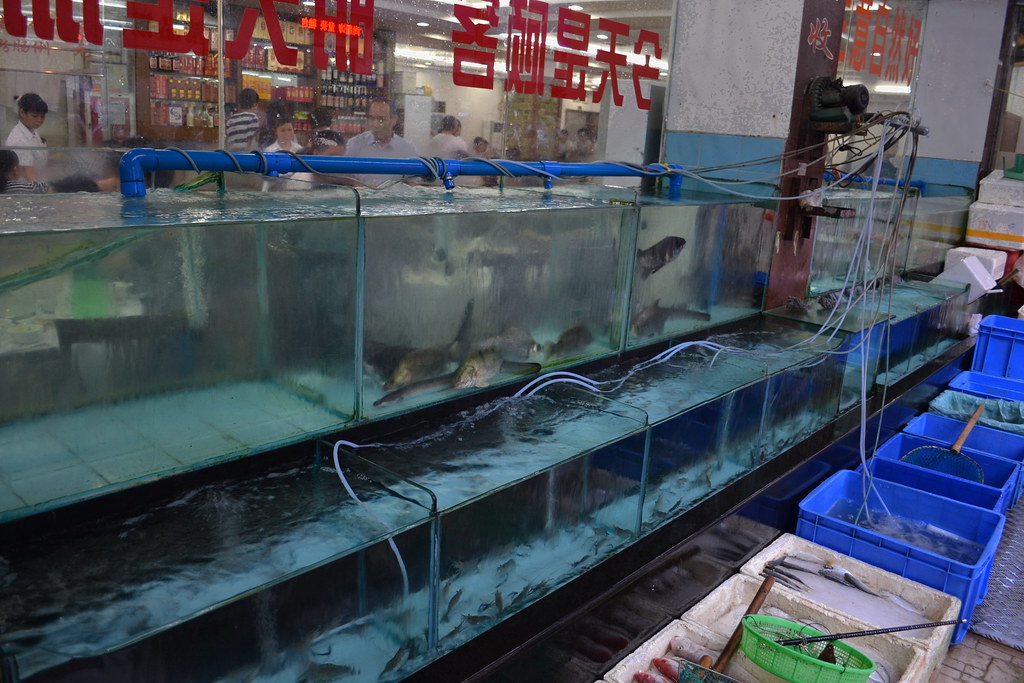 In fact, everything is preferred fresh until the moment to be consumed (Cantonese go to the market almost everyday), including vegetables, fruit, the mentioned seafood and of course, meat. Maybe too much if you ask me… 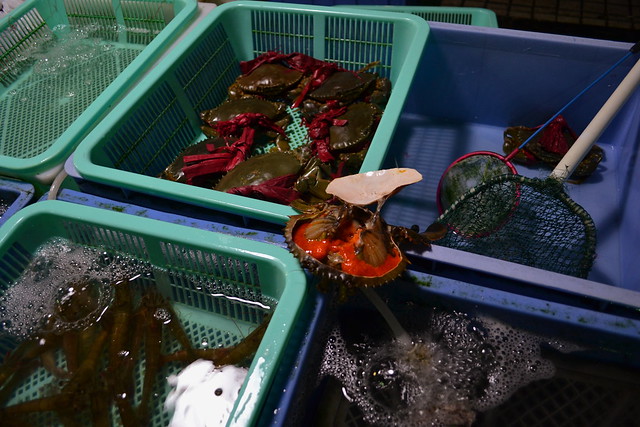 The reasons to have this preference for the just-killed-whatever-we-are-having-for-dinner is because the purchase of a living thing was the only way to ensure its freshness, avoiding health problems in an usually humid and hot area, before the arrival of refrigerators. Also, curing and other preservation methods were not really popular because it was (and still is!) considered that any masking of the natural flavors, either by curing, adding spices or just overcooking, is a sign that the food is not fresh and the cook is not any good.a 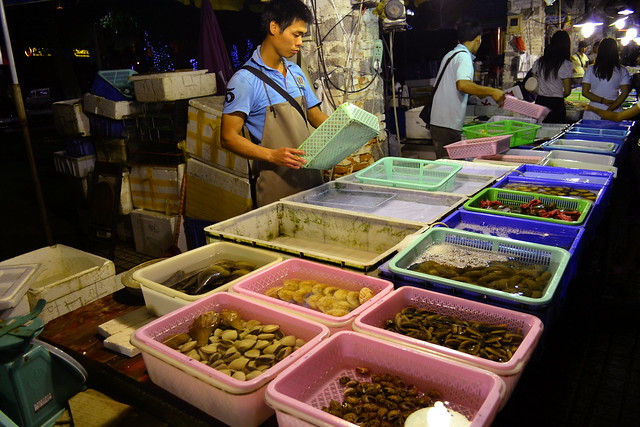 Keeping seafood alive is not only for street markets or other traditional Cantonese wet markets, but also it is done in Carrefour, Wal-Mart and other western retail stores adapted to the Chinese market: in their fresh food section, they have an assortment of live seafood, either in water tanks or tied up, laying on ice. 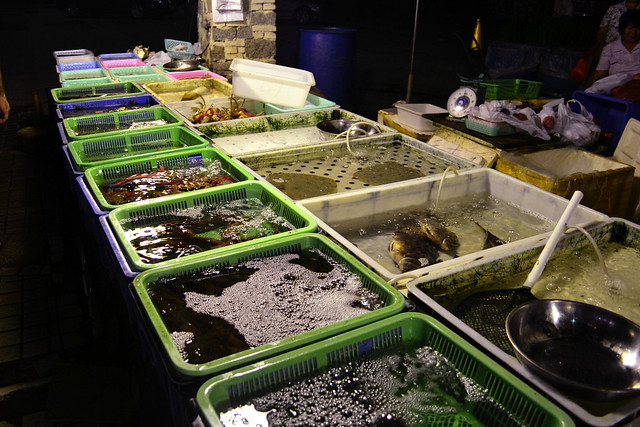 For these street wet markets, the solution is to use a few homemade aquaponic boxes, tubes and a small motor from a bike to pump oxygen in, as seen above. Everything is kept alive until the kitchen!

One thought on “A street wet market, Zhuhai – 鱼街头市场, 珠海”