In Mexico’s kitchen and table, tortilla is Queen. Called tlaxcalli in náhuatl, this flat round bread made from cornmeal or flour is the staple food of many Latin American countries, as bread is in Europe or rice in Asia. 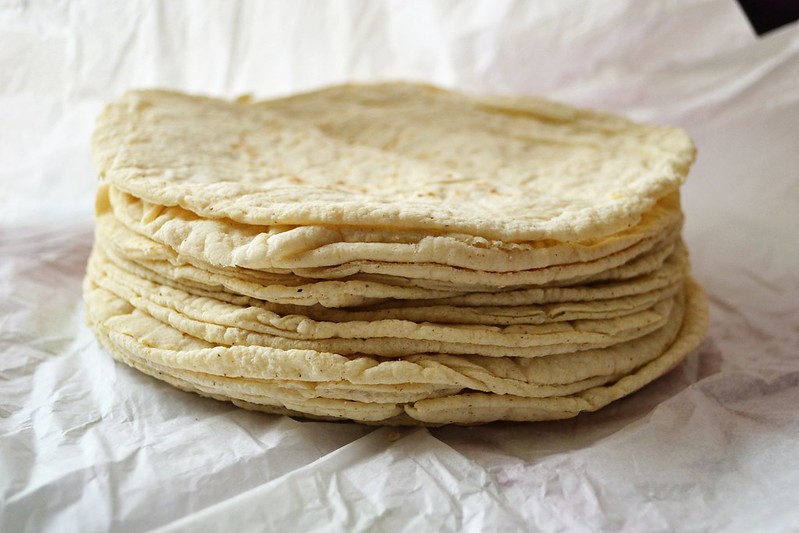 Tortillas are perhaps the most representative element from Mexican gastronomy, sharing history and central importance with another original food from the New World: maize, as tortillas are made from it. How the Mesoamerican cultures went from maize to tlaxcalli remains unclear, but as we will see, little has changed since its invention.

The name tortilla is a Spanish borrowing from the word torta: a round flat bread (or cake), plus the diminutive suffix -illa, thus tortilla would be a small round flat bread. These tortas apparently have their roots back to the Spain’s Arabic heritage, and they really look alike to the Mesoamerican maize tortilla that the Spaniards found in the New World, so this word became a catch-all for any little round bread pastries from the New World, as many different kinds of tortillas exist in Argentina, Bolivia, Chile, Puerto Rico, and even in Mexico itself.

Tortillas are still made as they were centuries ago, with little or no changes to the original recipe. Mechanization increased production and saved time, but the process itself is pretty much the same.

Everything starts with dried maize kernels. Nixtamalization is the process for which these kernels are soaked and boiled with slaked lime, usually a spoon of it for each 500 gr of maize. This broth is boiled for 15 minutes and left to steep for a few hours, after which the remaining liquid (known as nejayote), containing dissolved hull, starch, and other corn parts is decanted and discarded.

The remaining kernels are washed thoroughly and removed from everything but the grain, which after all these processes are called nixtamal (hominy) and then ground into a dough, called masa, from which the tortillas are made. If this fresh masa is dried and powdered, it becomes masa seca (corn flour), which actually is the base ingredient for all tortillerías, as the whole process of nixtamalization is incredibly time-consuming, and of course, dried masa is way better stored than the fresh one, which has to be used the same day.

The dough (either fresh or re-hydrated from masa seca) is then made into small loafs, and pressed flat, in shape. Traditionally, this process was made by a dough roller, and little mechanization was introduced later with the tortillero, the manual pressing instrument used to flat masa faster. Nowadays, with the fully mechanized tortillera machine, it is possible to produce up to one hundred dozens of tortillas per hour.

Tortilla dough, made from ‘masa seca’

Production belt after pressing and cutting the dough in shape

End of line for the tortillas: after cooked, this conveyor belt cools allows them to cool down

After being made into the shape, they are lightly cooked, traditionally in a comal, but any flat surface will do. In fact, the tortilla machine makes them ready to take away, fully cooked, through a conveyor belt.

Tortillas can be made not only from nixtamalized maize dough, but also with masa from other ingredients, such as:

The choices on the variety of maize, the flour and even the water influences the consistency, taste and colour of the tortilla, which varies from region to region; and of course, you can also add colourant to the masa and make really festive tortillas… 😉 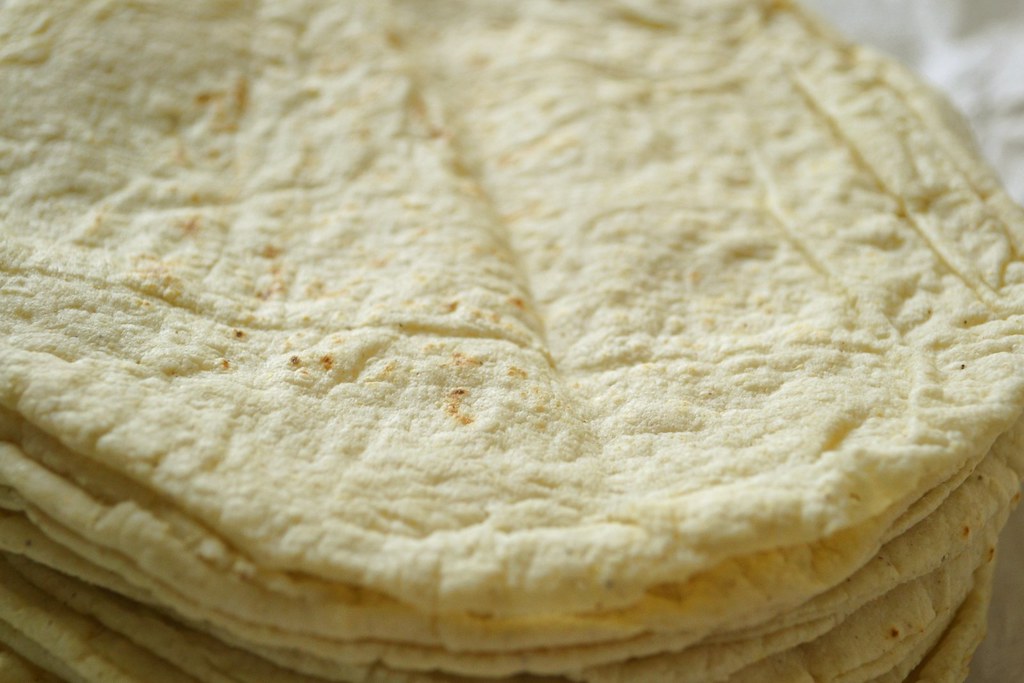 Take into account that maize tortillas have two different sides, one of which has a loose ‘skin’: that’s the side where the topping or filling goes, and it is important to remark it because when making a taco, you want to put the filling on this side, otherwise, it will likely crumble and fall apart. 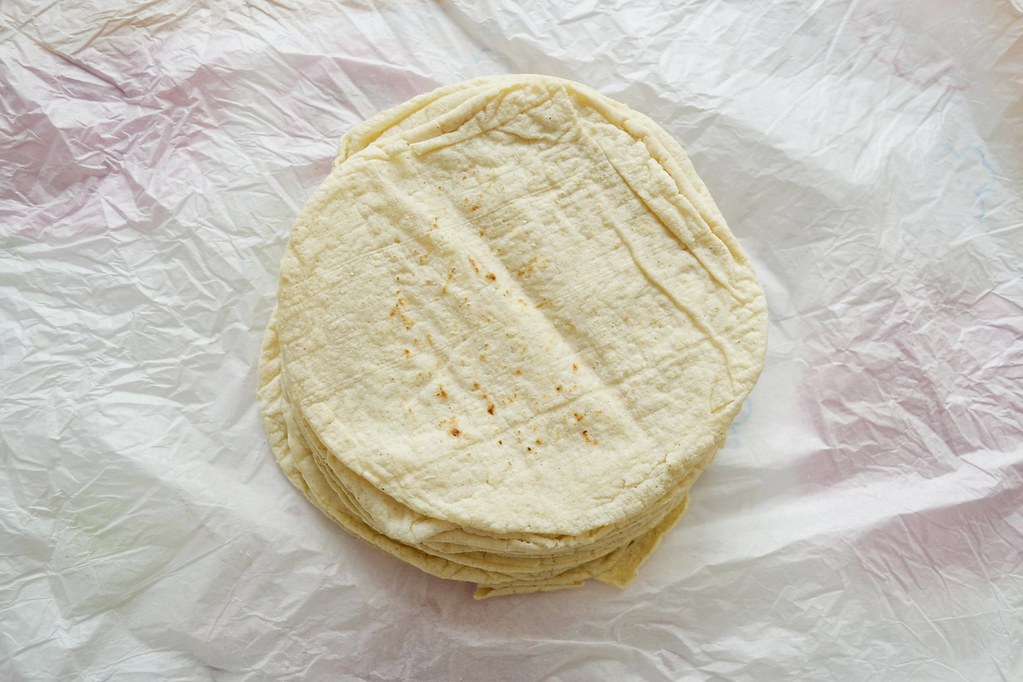 Tortillas are everything in a Mexican table: despite centuries have passed, still almost every single Mexican dish requires of them in any form: sliced and fried they become totopos, and if cooked with salsa, they are chilaquiles; enchiladas are rolled tortillas filled with chicken or cheese, covered with pepper sauce; tacos dorados are tortillas with filling (usually meat or stew) and fried all together; tostadas are tortillas fried flat and topped with whatnot (remember tostadas de carne deshebrada and ceviche posts); quesadillas are folded tortillas filled with cheese; gorditas (see picture below), pellizcadas, and well, the list could be (and is!) endless.

In the end, choosing one kind of tortilla or another (say wheat over maize) depends on the consumer: a quesadilla can be made with both, but some dishes require a specific type: chilorio has to be made with flour tortilla to prevent crumbling, as well as burritos, whilst on the other side, enchiladas have to be made with maize tortillas, because they can withhold sauce much better than wheat flour ones…

Tortillas are present in almost every meal, wrapped in a cloth or in a recipient called (also) tortillera, and at the table, besides being a dish themselves, they can be a cutlery too. They are best when eaten the day they are just made: warm and soft. After a day or two, they are rigid. Wheat tortillas last a little longer.

Despite the fact they can be easily made at home with commercial corn masa flour, and sold in many supermarkets and convenience stores tortillas are best bought at the tortillería, the shop that makes and sells them freshly made, found in almost every street. People go to their nearest tortillería almost daily, much like bakeries in Europe. 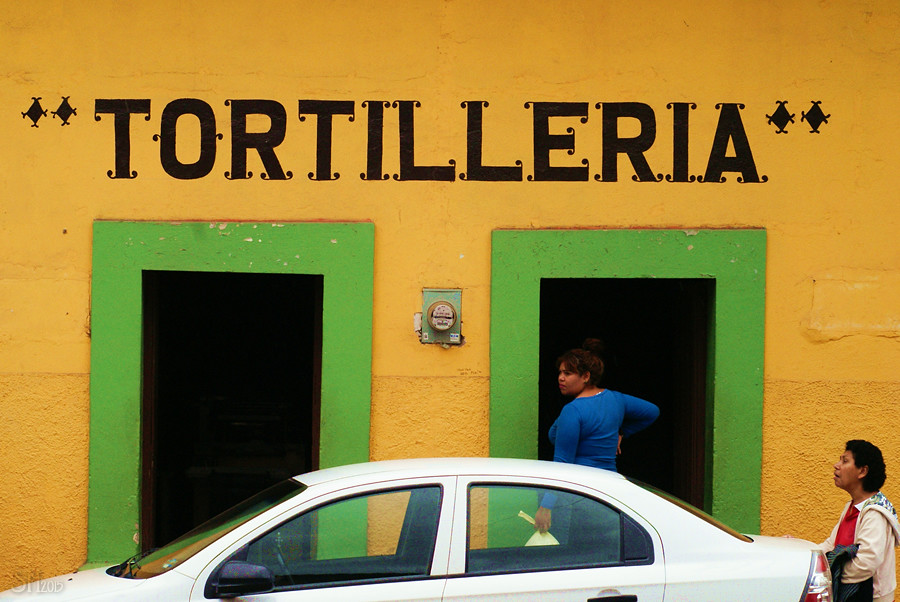 By the way, just made, warm tortillas, with a pinch of salt and rolled, are great. Like a baguette’s crust of the loaf.