Totopos and tostadas are the multi-purpose cutlery and plates of Mexico, as well as a versatile snack present in any Mexican household.

The word totopo is a shortening of totopochtic [/toˈtopot͡ʃtik/] in náhuatl language, meaning ‘something well toasted’.

The base for both are tortillas not fresh nor tender enough to be used in any Mexican dish, but still edible… the day after tortillas, we could say: not just made, still not hard as a rock. If you slice and fry a tortilla, you will have totopos, at least 4 for each tortilla, while if you toast dry a whole one, you will end up with tostadas, which literally means ‘toasted’: a toasted tortilla (but they can also be deep fried).

Both totopos and tostadas are used for multiple eating-purposes, like scooping with ceviche, or being a snack when dipped in pico de gallo or jocoque dips, be literally a plate in a tostada de carne deshebrada dish, or a meal themselves, like with nachos. Also, note that the word tostada may refer to any dish using a tostada as a base: tostadas de + name of the topping. 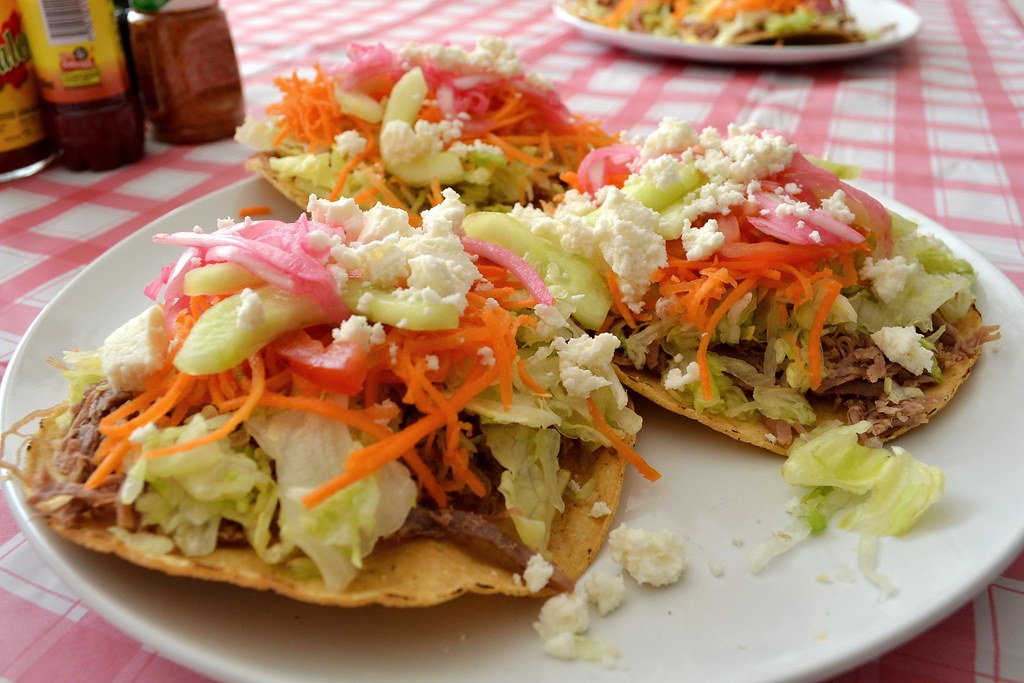 Commercial brands for both tostadas and totopos can be easily found in any local supermarket, as fresh tortillas are sold every day, and those discarded at the end of the day are made into totopos for the next day, sold under their generic commercial brand.