Everything in Mexico seems to have been used far beyond its natural lifespan, from buildings to politicians, and their city buses are no exception.

As incredible as it may seem, the current backbone of the public transport system in Mexico (and Latin America by extension) is made almost entirely of US school buses ,with a lifespan that can go as far as the 50’s. Of course, none of them would pass a technical inspection in the civilization, and most of the drivers are just blockheads with a long list of driving offences, but at the end of the day, both of them they are the cheapest option available.

After being declared unfit to be on any road in the US, these buses are usually sold as scrap on the other side of the border, where they get refurbished and new tires, re-painted in garish colours, put on some shiny chromed appliances and flame decals and/or flags along with extra kitsch decoration inside out, and proceed to be used intensively, disregarding any consideration for passengers, environment or safety regulations… because there’s none.

Despite some of them might look new, it is just mere appearance, as their metallic bowels condense successive layers of motor oil and dust dating from the Mexican Revolution, not to speak of cabins straight out of a Stanley Kubrick’s nightmare:

The dusty and pothole-riddled roads of Sinaloa are home too for these remnants of the past, spared from the scrapyard thanks to too many repairs, now roaming the streets free from traffic laws or common sense, blasting narcocorridos and banda music through beefed-up loudspeakers.

Two guys will usually partner operating a bus: one will have the driving license, and the other will do as a helper, called garbanzo (chicken pea) in Culiacán. They stop where the passengers want and the driver can, meaning anywhere. Buses carry as many people as can be packed in, and in addition to these passengers, there it can also be muggers, beggars and street hawkers, these last ones carrying from counterfeit DVDs to puppets for a live show between stops.

Back to the models and their lifespan, let’s see some examples. Here below the typical school bus manufactured by Navistar International, one of the many US brands systematically exported to Latin America, particularly popular in Mexico: 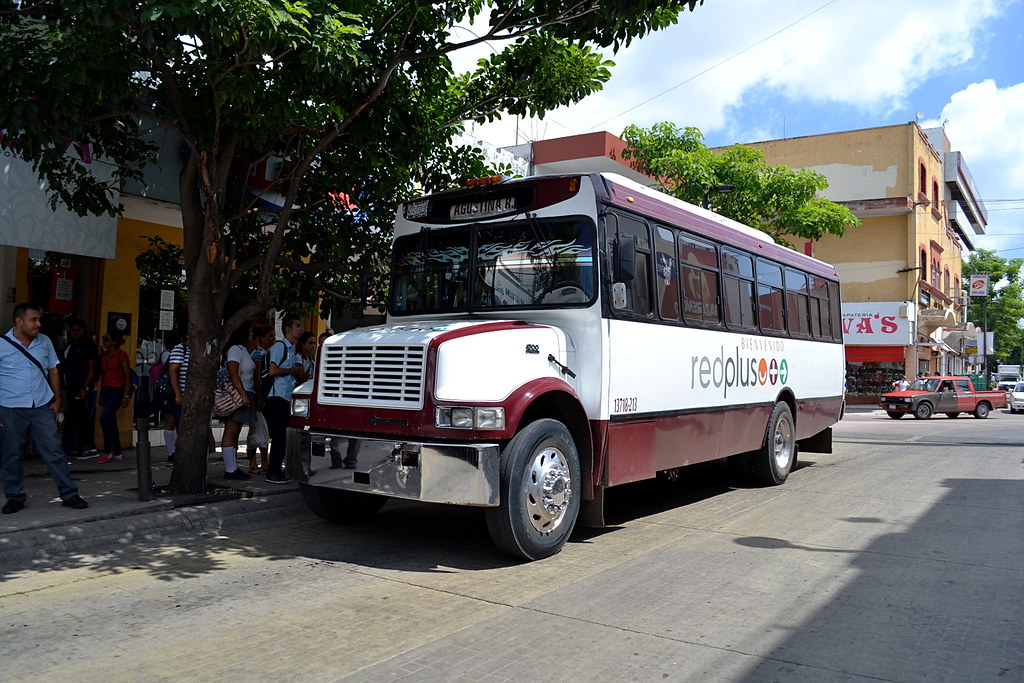 An older version of the same model, here used as an intercity bus line (cities on its route are written on the side): 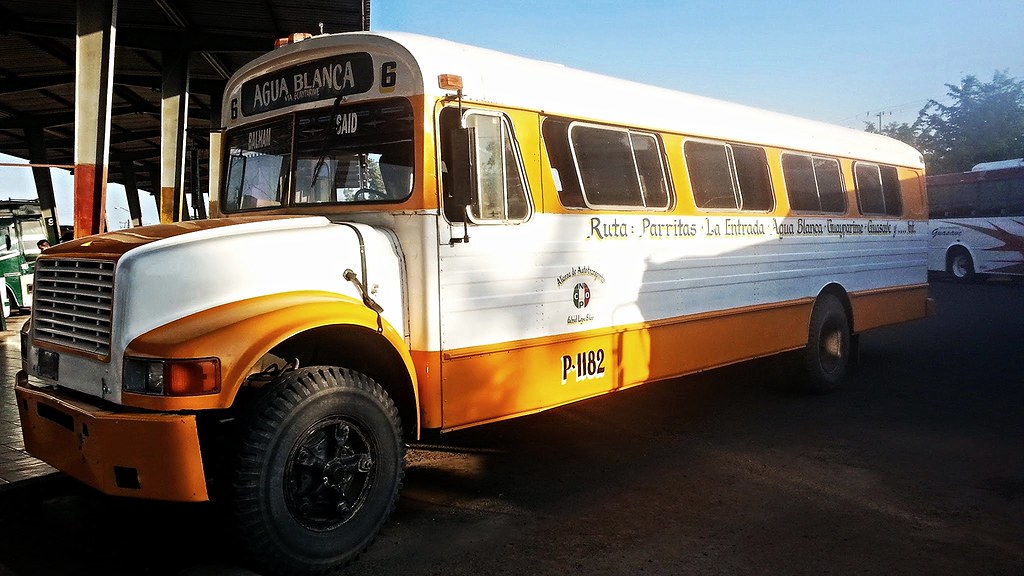 When in Mexico they can’t be used anymore, they reincarnate in a chicken bus in Mexico’s Mexico, and the bottomless descent of decay goes on further south, until they reach the end of the American continent and they are put on a Viking ship and set on fire, or at least, it is what they deserve… (they are sold as scrap and parts, actually).

As each Latin American country has its supply of retired school buses, each one has also its regional nickname, like pesero, guagua, even kamikaze; you can have the full list of local names in here. ‘Chicken bus’ is used by foreigners only, as a referring to all this kind of transportation in Latin America.

In Culiacán there it was an attempt to give them all a professional, institutionalized appearance, but neglect from all the parts involved and general lack of interest made them head towards what they were before. Here some examples:

Details like their fare boxes, which here in Culiacán seem to be some sort of Church replica: 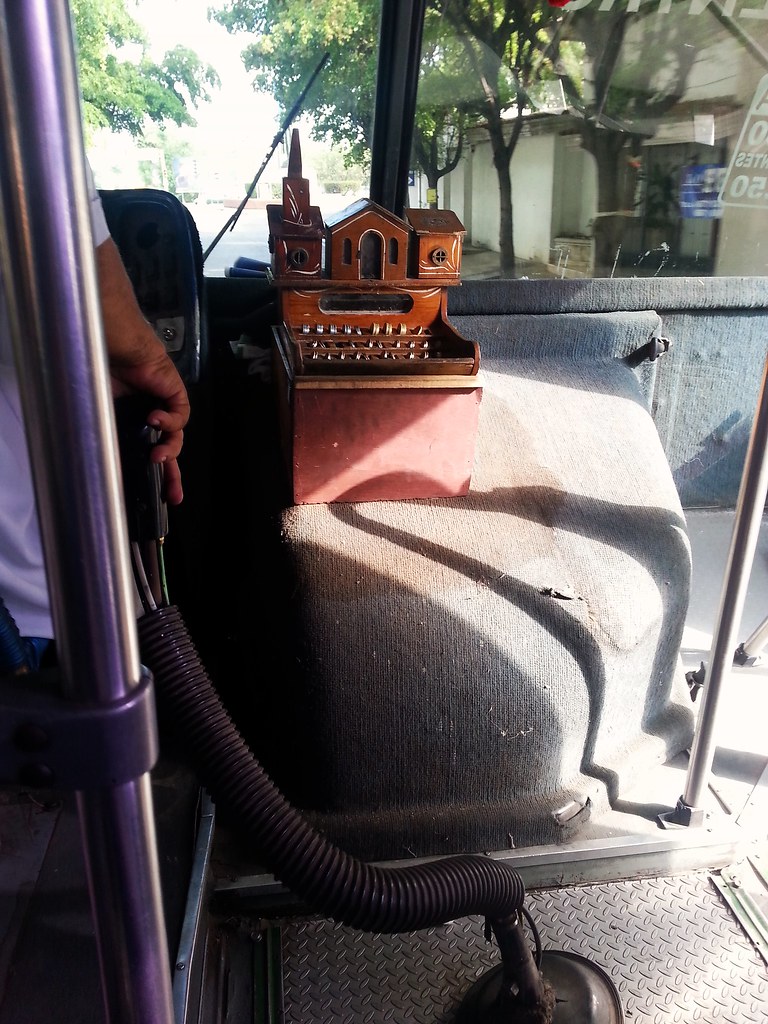 Or the latest trend, installing flat screens to make sure nobody misses either the latest telenovela episode or the newest raunchy banda music video clip:

Another kind of decoration is the religious one. Here below, the driver seems to be a follower of the Aryan Jesus of the Holy Glossy Lips and the Bull Neck: 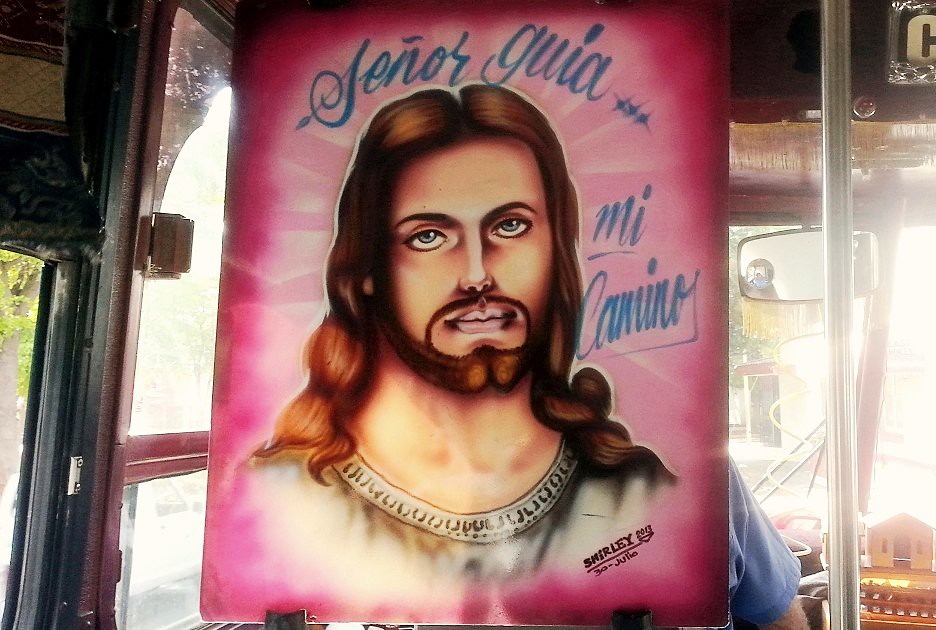 Some might upgrade the bus with Mad Max-esque bumpers, to let everybody know they mean business on the road: 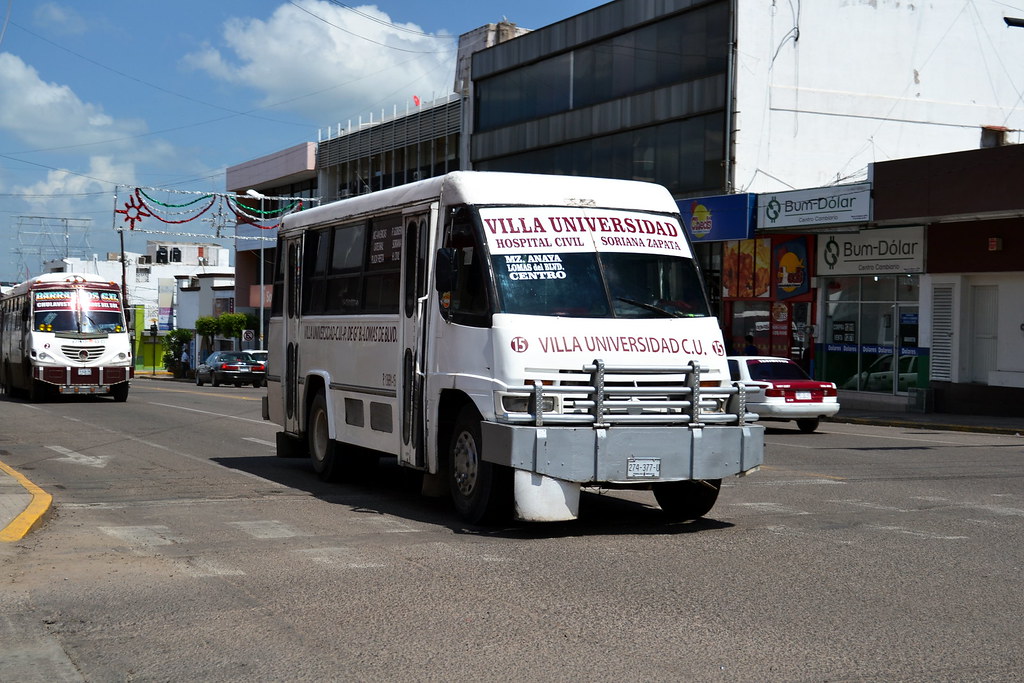 The bottom line is they all should be in a museum. Or scrapped to pieces. But is way cheaper to buy a second-hand bus rather than a new one, so the solution in Mexico is to keep using them to move people around and keep on repairing them until they fall apart too often, moment when they are sold in Guatemala or used as a spare parts for other units. 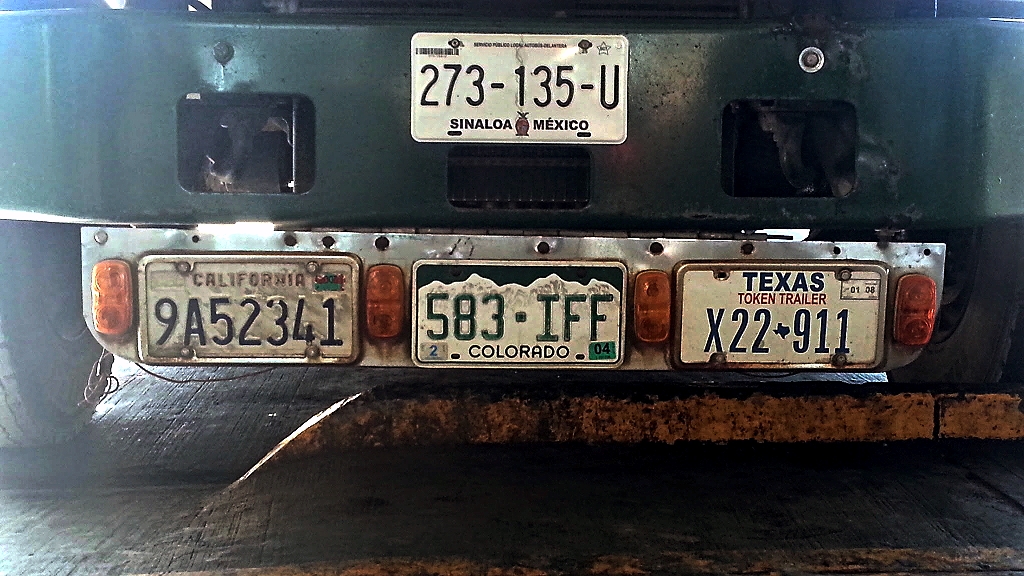 TL;DR: Mexico uses metal coffins with wheels function as a public transport. Avoid getting in or nearby.