Contrasting with a rich mythology populated with dragons, three-legged crows and bixies, anywhere in China where a flag should be flown, it is always the same one: the Five-Star Red Flag.

The large yellow star represents the Communist Party, and the four smaller stars represent the social classes within the country, as described by Chairman Mao in his On the People’s Democratic Dictatorship (here) writing: the workers, the peasantry, the urban petite bourgeoisie and the national bourgeoisie.

These five starts are often misinterpreted to represent the five largest ethnic groups in the country, with the Han being the biggest star emphasizing their majority (98% in mainland China). This is generally because of an incorrect conflation with the ‘Five Races Under One Union‘ flag, used between 1912 and 1928 by the Republic of China, whose different-colored stripes actually represent the Han, Manchus, Mongols, Hui, and Tibetans, in order from top to bottom:

But China has some sort of ‘absolute uniformity’ policy when it comes to identify authority on any level, from local government to Central Administration: the only flag that will be hoisted will be the Five-star Red Flag.

Compare this homogeneity with the Catalan tradition for instance, where each town, no matter the size, has a flag and coat of arms linked to its history, myths, traditional economic activity, or even displaying a threat to whoever dares to disturb their peaceful life:

Here below, an example of a Catalan regional flag related to the links of a territory with its economic activities, the Garrigues county and their key industry of vegetable oil, thus the olive tree branch on their flag.

And an example of a flag related to the local folklore is the one from Sunyer:

The legend has it that when the Saracen invaded what is now Catalonia, they planned to sneak upon the Christian army stationed at Sunyer. God helped the sleeping Christian army by making all the roosters of the county sing at the same time, awaking the defendants on time to counter the attack. It is because this was considered divine intervention that they adopted two open eyes (awake) as a symbol for their town.

Some others are more obvious. The town of Dosrius (literally meaning ‘Tworivers’), hoists this peculiar flag, pretty much self-explanatory: 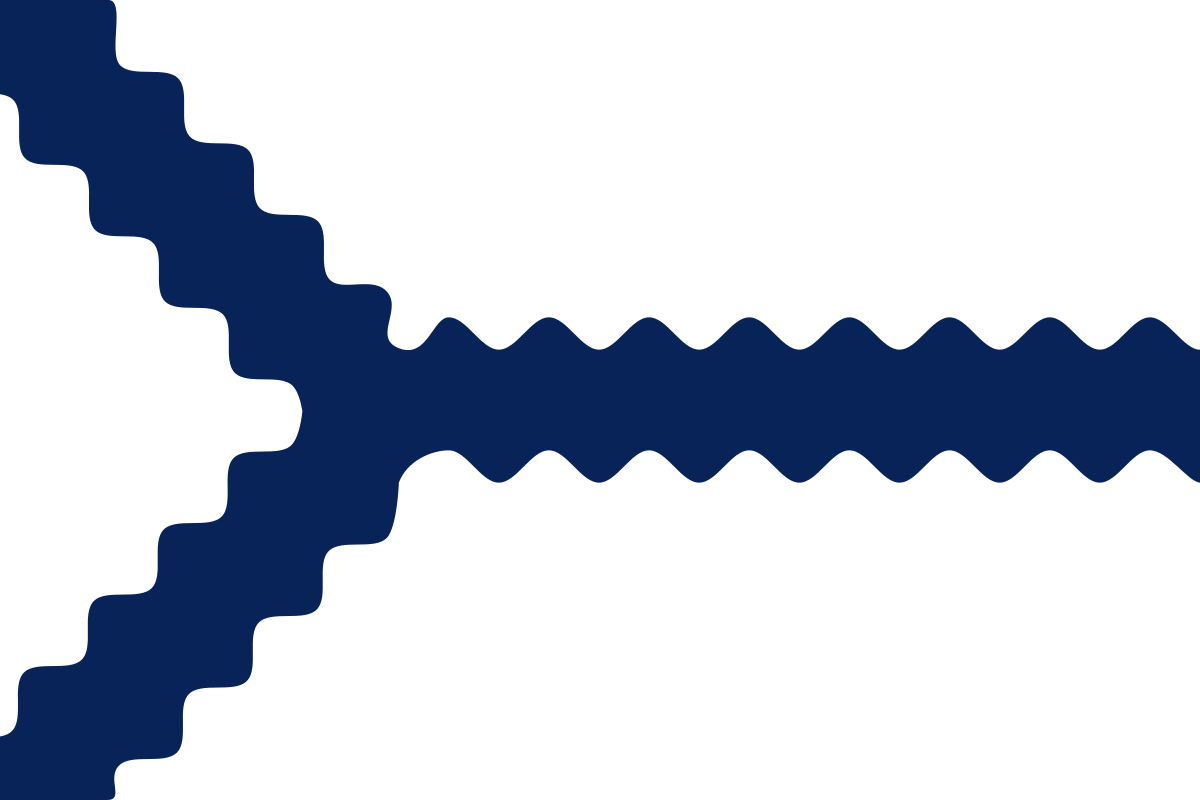 But back to China, it is all red and yellow, and there are two main reasons for this:

The first is that China has always been more keen of coats of arms and standards rather than flags, historically speaking. Flags understood as symbols of a community are more a thing of the Western world, especially Europe, where they spread to the New World.

Understand that China was subjected to an Emperor, who managed the territory and its resources as if they were another of his properties, and thus, without needing a symbol to identify it as a separate entity. The army had their banners, some towns had their own seals, the emperor had its symbols… and that was it.

So China didn’t have any tradition on flags nor anything like a national flag (again, under the western concept) until the middle of the 19th century, when this situation caused many problems as its interaction with the West increased. For example, the Arrow Incident in 1856 occurred as a result of Chinese civilian vessels flying foreign flags. 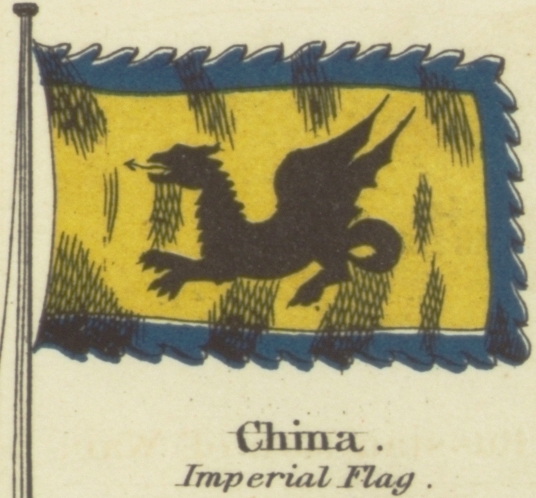 In response to the British navy’s claim of being unable to distinguish between navy ships and civilian vessels, the then Emperor commissioned the creation of a naval ensign, suggesting a blue dragon (symbolizing divine power) chasing a flaming pearl (wisdom) in a yellow background, a color related to the power of the Emperor and the Qing dynasty in particular:

This flag was restricted to navy and governmental use only, and no civilian ships were permitted to fly it until 1889, when a rectangular version of this banner became the Qing dynasty flag, and by extension, China´s:

The other reason of the current lack of diversity on flags is that the central government banned localities from making and using local flags or emblems in November 1997. The reasons of the banning are on the line with the CPC ideology: homogeneity to avoid any sprout of individualism that could be the seed of any kind of differentiation from the central ruling of the CPC. The only sub-national flags left officially allowed were those of the Hong Kong and Macau Special Administrative Regions:

Even Nanjing complied with the regulation, abandoning its eleven-year old flag (1986), seen here below:

Special mention is due to this city, as it has an interesting track within China’s history, a singularity comparable maybe to Beijing or Shanghai, as the city hold the title of capital for various Chinese dynasties, kingdoms and republican governments dating from the 3rd century CE to 1949. Whilst Beijing is the modern capital of China and Shanghai the face of its economic progress, both directly under the central government control, Nanjing was left to its own business.

But in recent years this ban has either been ignored or simply not enforced, and not only Nanjing hoisted its flag again, but also other cities created some of their own.

For example, Harbin designed and officialized not only a flag:

But also a seal as well, inspired  by those of Hong Kong and Macau’s. 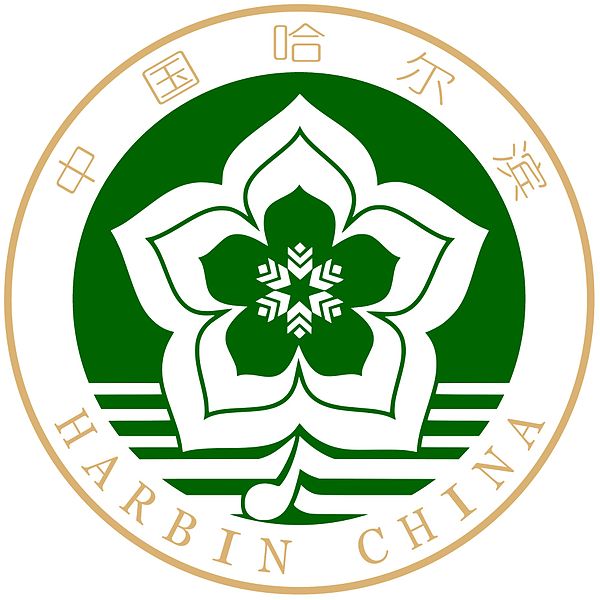 Suzhou did it the same year, with a flag and a seal too:

Shangrao followed suit in 2009 with the flag here below, and Xi’an presented a seal for themselves.

Whilst these cities are actively using their seals to identify their public services and of course, gain ‘face’ in front of other cities, it is hard to know how this tendency will continue, either if the central government will enforce the law or will let them go away with it. We’ll see in 10 years…