Hong Kong is a city with multiple personalities and a distorted sense of time, where tradition and modernity converge and cohabit… and neon lights are the flickering embodiment of these traits. 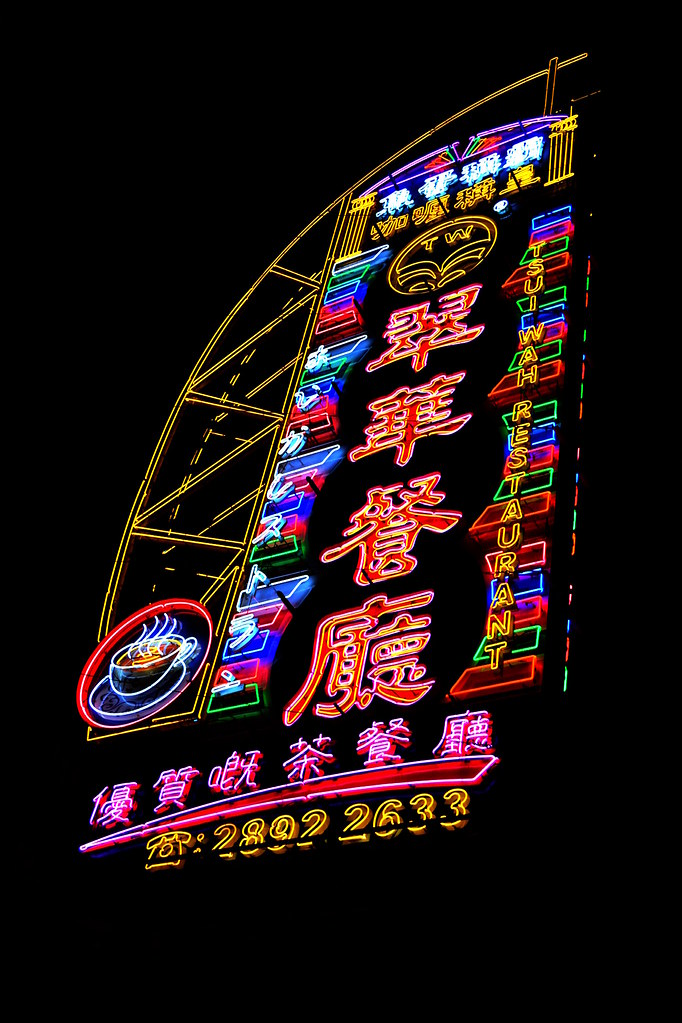 Neon used as an advertisement did not become popular in Hong Kong until the economic boom of the 1960s when the streets became packed with billboards, restaurants, stores and other businesses. As the advertising space becoming scarce, each business tried to stand out from the rest by going bigger, brighter, and more creative with neon lights.

As a city that incorporates tradition and modernity in the same shot, these neon signs can be considered one of those elements from the colonial past that resist to disappear, and perhaps one of its most iconic elements, as some of them are popular landmarks and recognized symbols of Hong Kong.

Despite the slow decay of the neon signs and their replacement by cheaper LEDs, the Buildings Department of Hong Kong estimates that there is a total of 190,000 signboards remaining in the city as per 2014.

And here below, a video showing how neon light art is (still!) made in Hong Kong by hand: